When Gusher centrifugal self primers kept loosing prime and seals, another solution was needed and was needed fast!

When the Gusher centrifugal self-primers kept losing prime and seals another solution was needed and was needed fast! The original pumps, part of an OEM packaged skid, removed a mix of water with some heavy hydrocarbons to opposite of mostly hydrocarbon and some water from a liquid/vapor separating vessel. 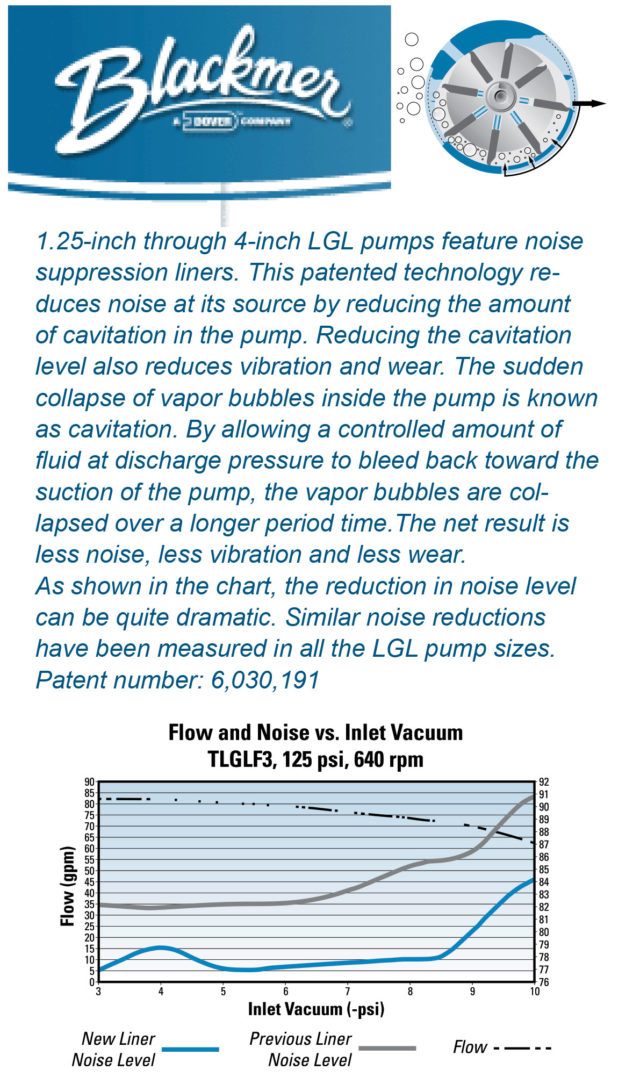 Formed Steel Base and Guard: The base was custom designed with a minimum height to allow for as much NPSHa as possible. The length and width of the base were also made specific too fit as far down into the skid as possible to reduce piping arrangement augmentation.

After only a short time in service, the benefit of the assemblies was apparent; no more pump failures, no more vapor lock, increased flow, and shortened cycle times. Shortly after this success more assemblies were ordered to retrofit other skid packages to utilize the Blackmer SGLD2 pump and all the benefits the pump provides in the application.